In this paper we try to develop an approach to measuring re-election probability that can be applied to a multitude of institutional settings. What distinguishes our approach from existing measures is partly that it allows us to measure the actual probability of re-electing the incumbent into office, which lies close to the theoretical concept of interest in most studies, and partly that it considers both pre- and post-electoral competitiveness, including what governing coalitions are likely to form given a certain electoral outcome.

Explaining the political underrepresentation of immigrants

Immigrants remain severely underrepresented in most national and subnational parliaments across Europe. To test this potential explanation, we carried out an innovative case-control study in which we surveyed a large sample of Swedish candidates for local office as well as a large sample of Swedish residents who did not run. We find that the major hurdles for immigrants lie in transitioning from being a party activist to becoming a party representative.

In this paper we investigate the intergenerational correlation of political affiliation by using register data for all nominated politicians in Sweden between 1982 and 2014.

This study presents the first large cross-country estimation of the fiscal effects of migration of EU citizens within the European Economic Area. The study uses a static model, matching micro-level data from the EU-SILC database with national aggregates.

In this paper I report the results from a door canvassing experiment conducted in Sweden during the 2014 European elections. The paper is one of the first to provide evidence for the mobilizing effectiveness of canvassing outside the United States. Living in a household that was visited by canvassers increases the probability of voting by 3.6 percentage points.

Punished for austerity? The electoral consequences of fiscal adjustments

This paper finds that parties which implement fiscal consolidations are punished by the voters in the following election, a result that goes against previous research, but one which is in line with conventional wisdom. The estimated effects are larger when the adjustments are visible and when there is a unified control of policy-making. There do not appear to be any electoral consequences for implementing fiscal expansions.

Not my problem: fairness and fiscal responsibility in the age of austerity.

This study addresses the effects of blame and feelings of personal responsibility on support for budget consolidations. We argue that voters will feel less responsibility for fiscal problems originating from a crisis in the banking sector than if those problems result from a continuous accumulation of deficits, and will therefore be less supportive of austerity measures to repay the resulting debt. This hypothesis is supported by both cross-country data and a survey experiment.

Politics or perceptions? The fiscal consequences of uninformed policy makers

This paper provides a new explanation of why some countries have managed to consolidate public finances, while others have accumulated unsustainable levels of debt. Using real-time data for a panel of 31 OECD countries over the 1997–2012 period, the paper shows that governments have responded to biased economic forecasts with more expansionary fiscal policies than they would have if projections had been unbiased. The estimated effects are large. On average, biased projections have weakened annual budget balances by approximately one per cent of GDP.

Differences in economic growth is one of the primary explanations for why welfare state retrenchment has occurred in some countries and not others. Because public spending is only partially indexated to earnings, the welfare state shrinks as the economy prospers. Using growth data from countries with synchronized business cycles as an instrument, I demonstrate that the relationship can be interpreted as a causal effect of growth on both tax ratios and social spending. 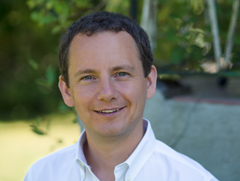 Postdoctoral researcher at the Department of Government at Uppsala University, affiliated with the Uppsala Center for Labor Studies (UCLS). I do my research in political economy with a focus on fiscal policy and voter behaviour.